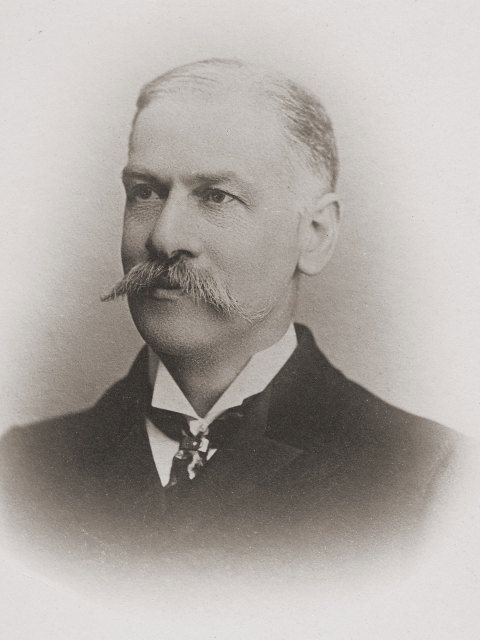 Below are links to the transcripts of a series of letters written by George Archer Hooke to his second daughter, Trixie, during her time at Cambridge University (1912-1914). He wrote to her faithfully, every Sunday evening during term time. He also wrote to her elder sister, Mildred, who had completed her studies at Cambridge  and was beginning her first teaching post in Birmingham. Occasionally, if George was tired or busy, he would write a single letter to either Mildred or Trixie and ask the one to forward the letter to the other. So some of these letters are written to Mildred, but Trixie kept them in her precious collection, each written on thick notepaper and all held together by string. 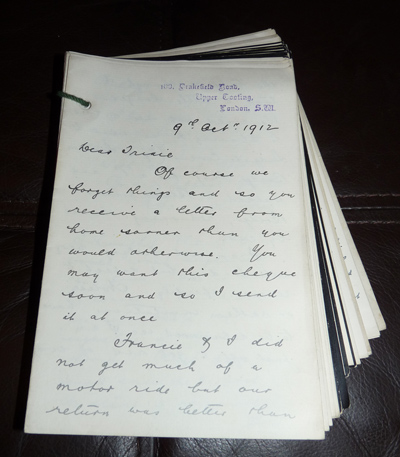 The letters to MIldred are of much greater depth than those to Trixie, exploring theological controversies of the day, new books and plays. In asking Mildred to send the letters on to Trixie, George occasionally expresses hope that maybe Trixie might be interested in some of what he has written! Topics covered include the fate of the lost and some other eschatological themes, John Wesley, fasting and much more!

During this time Cyril, Ella and Francis (known as Francie) were still living at the family home in Tooting, London. We have occasional references to Ella studying and to Francie's Sunday church involvement and a little more about Cyril's studies and potential military future.

Both Mildred and Trixie were influenced by the Suffragette movement and Trixie raised money for them prior to their more militant phase during 1913 when some bombings took place andd there was the famous incident of a suffragette flinging herself in front of a horse at the Derby in June 1913 and dying for the cause. George urges Trixies to be cautious and argues that there is no need to rush the issue of women's votes!

Sunday church and Christian faith was clearly an important part of George and Ella's lives and there are many references to sermons preached, George's involvement with missionary work and insights into his thinking on religious matters.

In this era, prior to the telephone, letters were the only form of communication with his children once they had left home and so there are many details of possible visits, advice about health, practicalities about bicycle maintenance, the kind of thing that we, today, would simply pick the phone up to talk about.

These letters provide a fascinating social commentary of this period of history just prior to WW1. They also reveal much of George's heart for his growing up children with several moving paragraphs in which he wasn't afraid to express his love in tender words.