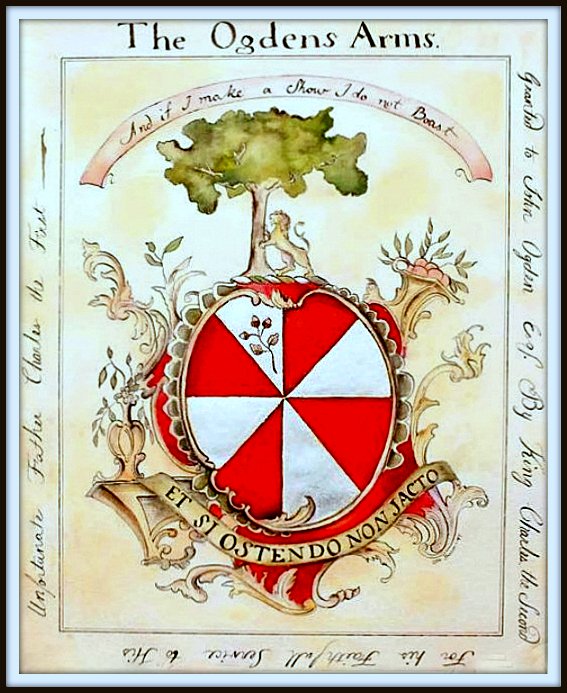 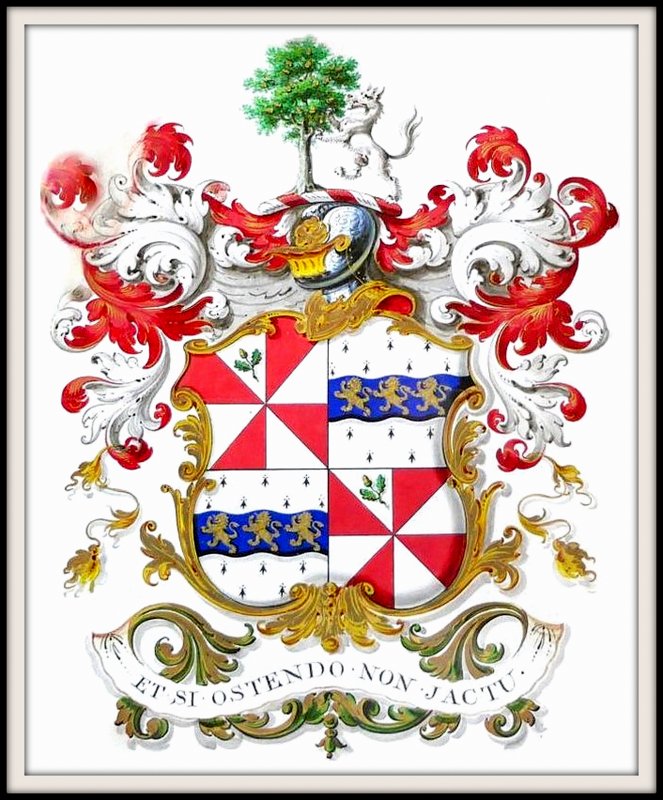 Exploration of our Oakden family tree takes us back to Edmund Okeden born in 1570. He was the incumbent at St James and St Bartholomew Church, Waterfall in Staffordshire (1602-1642) and his father Simon, birth date unknown, was buried at Waterfall in 1603. You can read more here and see the family trees here.

Our earlier family history can be tracked back further via the Sleigh family of Pilsbury Grange, Derbyshire. However, research by others has shown that the Oakden family originates not in Derbyshire or Staffordshire but in Lancashire.

The Oakden and Okeden surnames seem to have been interchangeable at the turn of the 17th century and earlier but there is also evidence that the same is true of the surname Ogden. I am indebted to Louis Ogden and Gary Muyskens who have done considerable research into the Ogden family origins. This research shows that the ancestral home of all with the Ogden, Oakden and Okeden surnames is in Ogden, Rochdale parish, Lancashire.  Ogden, the hamlet, is underwater now, but you can see Ogden Reservoir on Google Maps (53.69945, -2.36163).

Additionally, Burke’s description (in his General Armory of England, Scotland, Ireland and Wales, see: https://catalog.hathitrust.org/Record/001597434), indicates that the coat of arms granted to John Ogden “for his faithful services to the King” (page 750), and the arms of Oakden of Ladham House (page 743) are identical.  You can see that in the images shown here -  a painting of the Oakden Arms on the left and the Ogden Arms on the right.

Gary Muyskens has extensively researched the life of David Ogden and the Quaker Ogdens and you can read his work, complete with illustrations, from this link:   Quaker, David Ogden

The Oakden family information takes us to the little village of Waterfall, near Waterhouses, in NE Staffordshire, on the edge of the Peak District National Park.  Edmund Okeden (1570-1642) was born there as were many Oakdens in our family tree during the 16th and 17th centuries. Other Oakdens were registered as being born and buried in the nearby villages of Waterhouses and Cauldon. One of a number of Ralph Oakdens in the familly line built Lee House Farm, Waterhouses in 1751, still in existence today. Until quite recently it was a B&B but is now a private dwelling place (2021). You can read much more about Lee House Farm, and the story of the Ralph Oakden who built it here.

One of his descendants, another Ralph Oakden (1806 - 1885) moved to Kent where our branch of the Oakden family tree established themselves in Goudhurst during the 19th century.

Sir Ralph & Lady Rosa Oakden are the most renowned of the Oakdens of the 20th Century and were parents to my Grandma Hooke, Elaine. She married Cyril Hooke (son of George Archer Hooke) in February 1926 in India, where he was in the British Army and her father, Sir Ralph, served in the Indian Civil Service in a variety of senior roles in different parts of northern India.

Granny's father, Ralph Oakden, had been born into a family of Ralph Oakdens in 1871. His father was Roger Oakden, a Rector at Sutton Maddock. Whilst our Oakden ancestry records date back to the 16th century, his wife, Rosa Eagles' ancestry information only dates back to the end of the 18th Century.